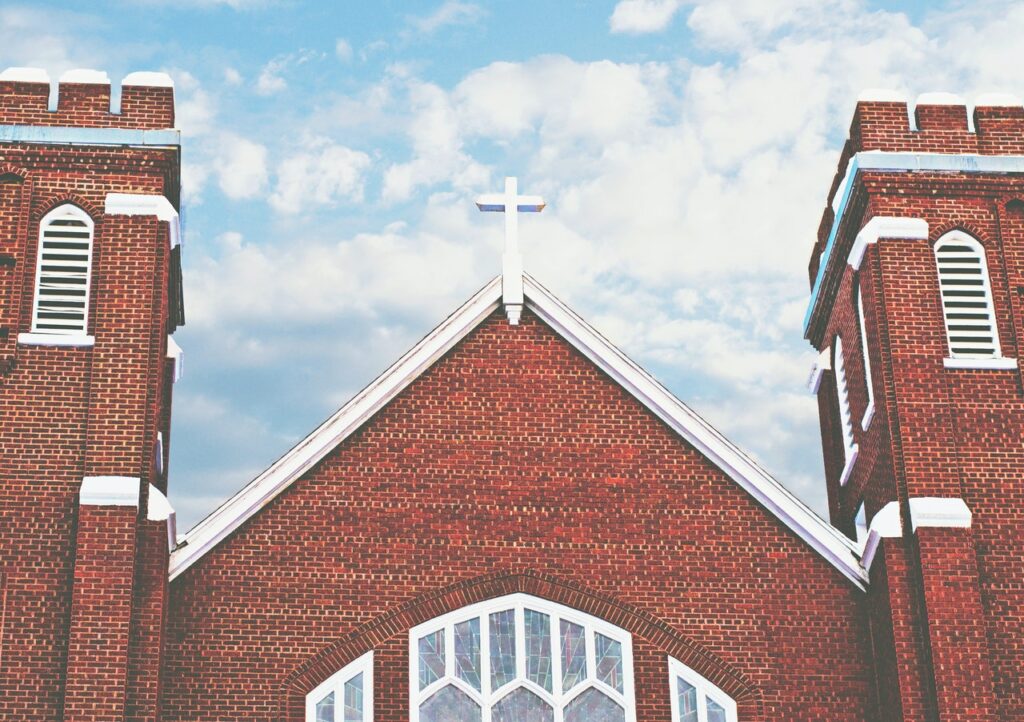 When the servant of God engages a coalition of gifted people

1-2 The high priest Eliashib and his fellow priests were up and at it: They went to work on the Sheep Gate; they repaired it and hung its doors, continuing on as far as the Tower of the Hundred and the Tower of Hananel. The men of Jericho worked alongside them; and next to them, Zaccur son of Imri.

3-5 The Fish Gate was built by the Hassenaah brothers; they repaired it, hung its doors, and installed its bolts and bars. Meremoth son of Uriah, the son of Hakkoz, worked; next to him Meshullam son of Berekiah, the son of Meshezabel; next to him Zadok son of Baana; and next to him the Tekoites (except for their nobles, who wouldn’t work with their master and refused to get their hands dirty with such work).

6-8 The Jeshanah Gate was rebuilt by Joiada son of Paseah and Meshullam son of Besodeiah; they repaired it, hung its doors, and installed its bolts and bars. Melatiah the Gibeonite, Jadon the Meronothite, and the men of Gibeon and Mizpah, which was under the rule of the governor from across the Euphrates, worked alongside them. Uzziel son of Harhaiah of the goldsmiths’ guild worked next to him, and next to him Hananiah, one of the perfumers. They rebuilt the wall of Jerusalem as far as the Broad Wall.

9-10 The next section was worked on by Rephaiah son of Hur, mayor of a half-district of Jerusalem. Next to him Jedaiah son of Harumaph rebuilt the front of his house; Hattush son of Hashabneiah worked next to him.

11-12 Malkijah son of Harim and Hasshub son of Pahath-Moab rebuilt another section that included the Tower of Furnaces. Working next to him was Shallum son of Hallohesh, mayor of the other half-district of Jerusalem, along with his daughters.

13 The Valley Gate was rebuilt by Hanun and villagers of Zanoah; they repaired it, hung its doors, and installed its bolts and bars. They went on to repair 1,500 feet of the wall, as far as the Dung Gate.

14 The Dung Gate itself was rebuilt by Malkijah son of Recab, the mayor of the district of Beth Hakkerem; he repaired it, hung its doors, and installed its bolts and bars.

15 The Fountain Gate was rebuilt by Shallun son of Col-Hozeh, mayor of the Mizpah district; he repaired it, roofed it, hung its doors, and installed its bolts and bars. He also rebuilt the wall of the Pool of Siloam at the King’s Garden as far as the steps that go down from the City of David.

16 After him came Nehemiah son of Azbuk, mayor of half the district of Beth Zur. He worked from just in front of the Tomb of David as far as the Pool and the House of Heroes.

19-23 The section from in front of the Ascent to the Armory as far as the Angle was rebuilt by Ezer son of Jeshua, the mayor of Mizpah. From the Angle to the door of the house of Eliashib the high priest was done by Baruch son of Zabbai. Meremoth son of Uriah, the son of Hakkoz, took it from the door of Eliashib’s house to the end of Eliashib’s house. Priests from the neighborhood went on from there. Benjamin and Hasshub worked on the wall in front of their house, and Azariah son of Maaseiah, the son of Ananiah, did the work alongside his house.

24-27 The section from the house of Azariah to the Angle at the Corner was rebuilt by Binnui son of Henadad. Palal son of Uzai worked opposite the Angle and the tower that projects from the Upper Palace of the king near the Court of the Guard. Next to him Pedaiah son of Parosh and The Temple support staff who lived on the hill of Ophel worked up to the point opposite the Water Gate eastward and the projecting tower. The men of Tekoa did the section from the great projecting tower as far as the wall of Ophel.

The energy shifted… how does so much “kingdom good” spring to life? Jerusalem was a mess for so many years!  What seemed impossible, is now being rallied toward God’s good ends.   Nehemiah and Ezra (the priest) certainly spoke well together on behalf of and did their part.  And, like any powerful movement, when God’s people begin to utilize the talents and gifts God has given, the world changed.

Sharing God’s vision and stepping into the gifts, makes all the difference.

Uniquely, the text tells us that Nehemiah assessed the situation privately at night and came to an understanding.  Certainly, most great things come out of solid assessment and planning and then comes the call: “Come—let’s build the wall of Jerusalem and not live with this disgrace any longer.” I told them how God was supporting me and how the king was backing me up.”  Building a team and rallying God’s cause came next.

The Asbury Commentary reflects this way on Nehemiah, chapter 3:

“This passage identifies the group responsible for rebuilding each section of the city wall. It is testimony to the organizational abilities of Nehemiah and the broad consensus of support he was able to enlist among the Jews. The list includes every spectrum of society: priests, led by the high priest himself; temple servants; civil officials; laity; craftsmen; merchant groups; and even one man’s daughters (v.12). A spirit of cooperation is evident, but there were some who withheld their support, such as the nobles of Tekoa (v.5).”

So today in Lancaster County, where do we build a “broad census of support” and an active “spirit of cooperation”?  It seems like yet another wall or gateway, but the Church is yet God’s chosen people.

Yet our hope is in Christ, the Holy Spirit and the Church – wildly talented, gifted people who are able to help people in need.  Our world has changed, our God has not.

The writer of Hebrews, speaking to the Church during the latter part of the first century in a period of great persecution (and exodus of believers) proclaims our eternal hope:  Jesus Christ is the same yesterday and today and forever.

Love INC of Lancaster County is clearly seeing how Christ has raised up a ministry of support for our elders.  The gifts and talents of various Christ-followers have created a veritable “ElderNet” supporting hundreds of our seniors. Many are on fixed incomes and cannot afford to keep pace with daily life activities – getting to and from doctor’s appointments, going grocery shopping, or having simple repairs made to their homes.

In July, Compassion Project month, we connect hundreds of under-resourced elders with “handy” Christ-followers.  Relationships are formed and an investment of an hour or two of time and talent keeps these folks safe.  This allows these people to stay in their home safely and regain a sense of peace within their circumstances.

Throughout the year, homeless families with children enter our Homes of Hope ministry.  Mentors and budget coaches come alongside and share from a heart of love, humility, and discipline to “rewrite scripts” with parents.  During the six to nine-month program, a family moves from living in their car or a motel, to gaining independence and finding affordable housing.  Christ-followers who sense the call, are offered training and then walk with these families through the process.

There are many walls that are broken in Lancaster County.  At Love INC, we are rebuilding and repairing the “Elder Wall.”  We are fortifying the “Transitional Housing Wall.” We want to continue expand the impact by gathering more Christ-followers so that churches can help people well.  We are reflecting on Nehemiah’s words again: “Face it: we’re in a bad way here. Jerusalem is a wreck; its gates are burned up. Come—let’s build the wall of Jerusalem and not live with this disgrace any longer.”

We are reaching out to our fully engaged and participating churches in 2022, to offer added support.  We are preparing some new tools and focused ways to raise up more people who are willing to serve through their gifting.  We will be offering some new ways to help churches, help people.  Watch your email for a spring Pastors’ breakfast and Church Ministry Coordinator support events.

We want to come alongside you with support, so that your church family becomes empowered to use their gifts.  We will connect people in need – elders, homeless families, and others, with people of faith who are able to help.  Together, we will watch as God transforms the lives of those in needs as well as those who are serving. 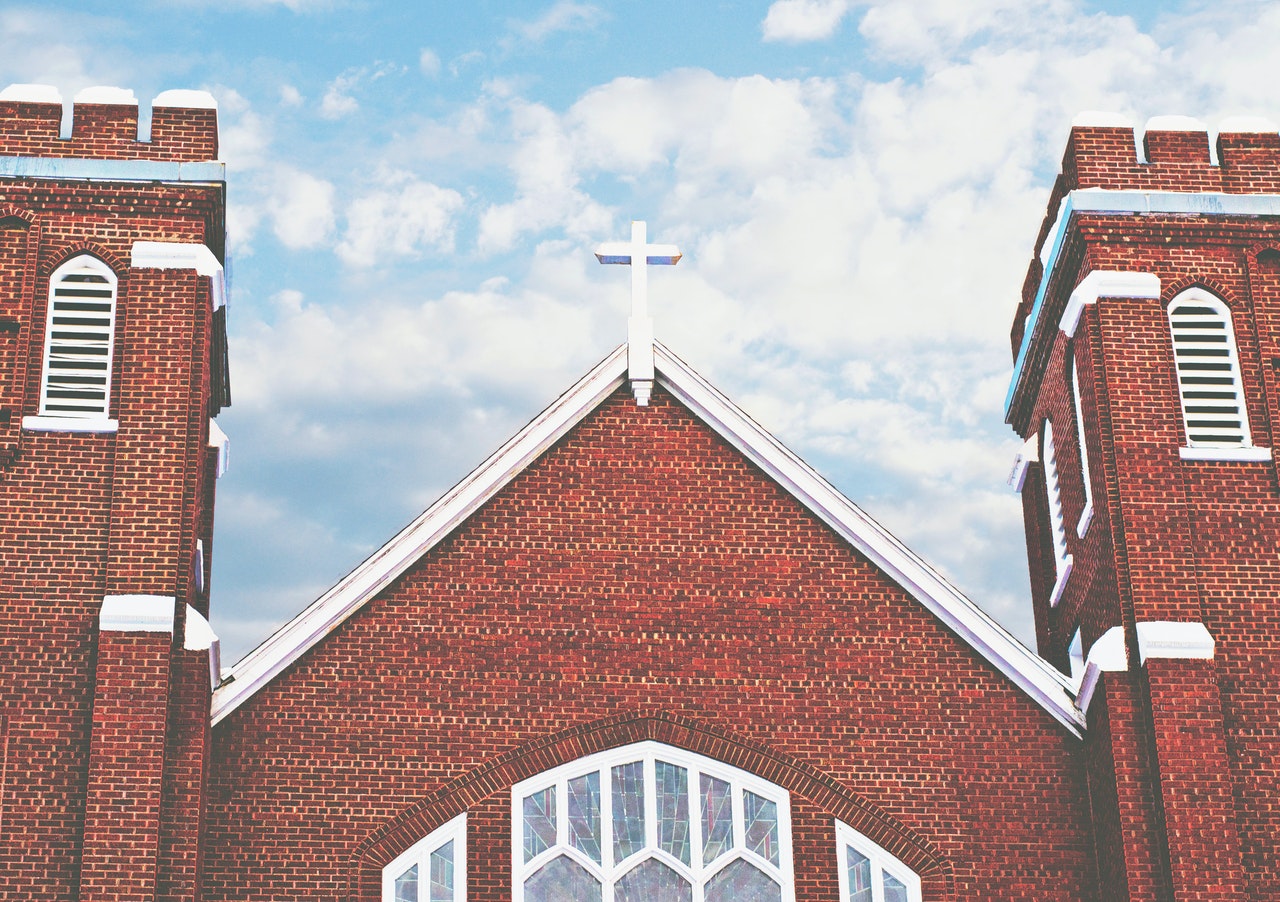 Devotional Series by Executive Director Jay Rairigh 52 Days…#3 When the servant of God engages a coalition of gifted people Nehemiah 3:1-32 from The Message 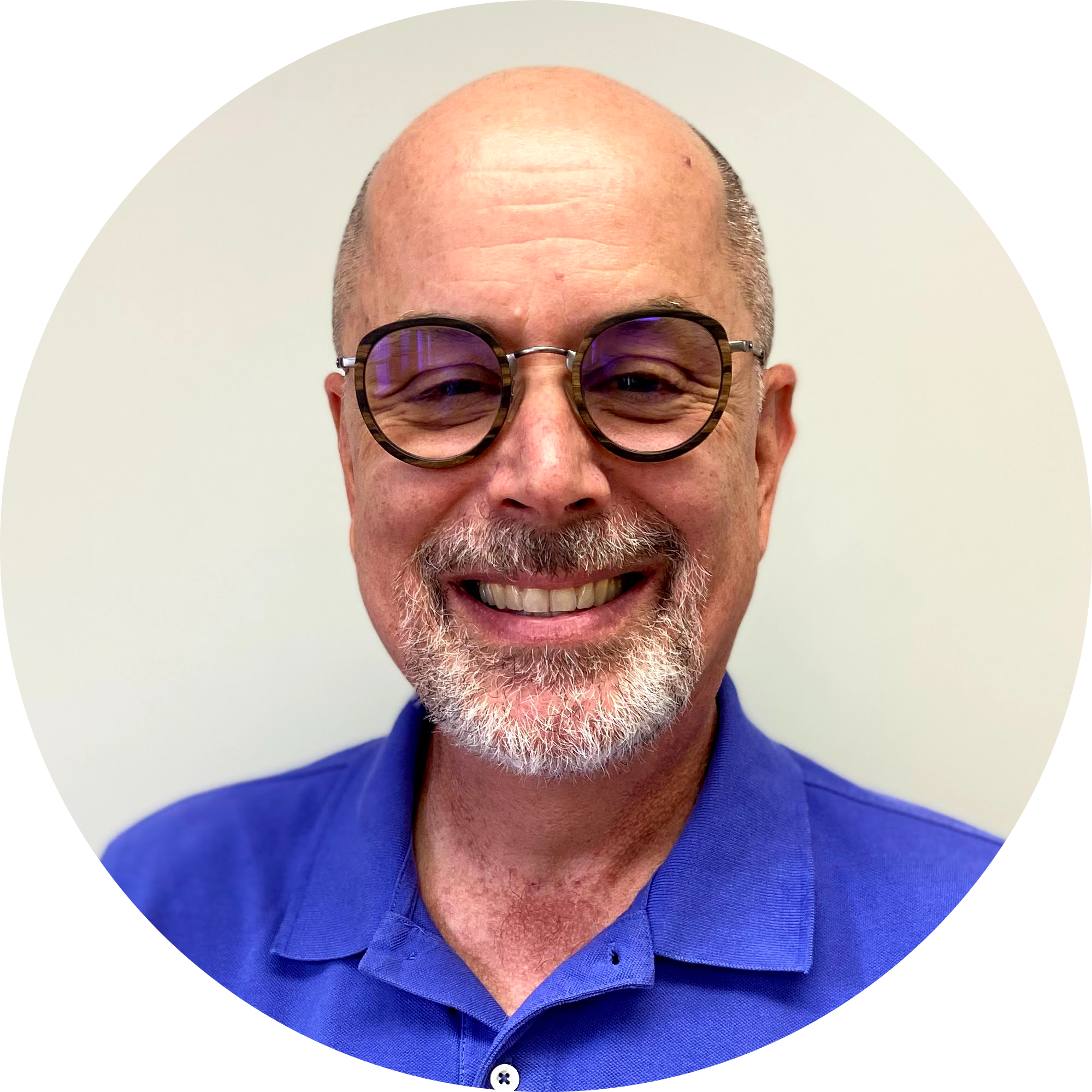 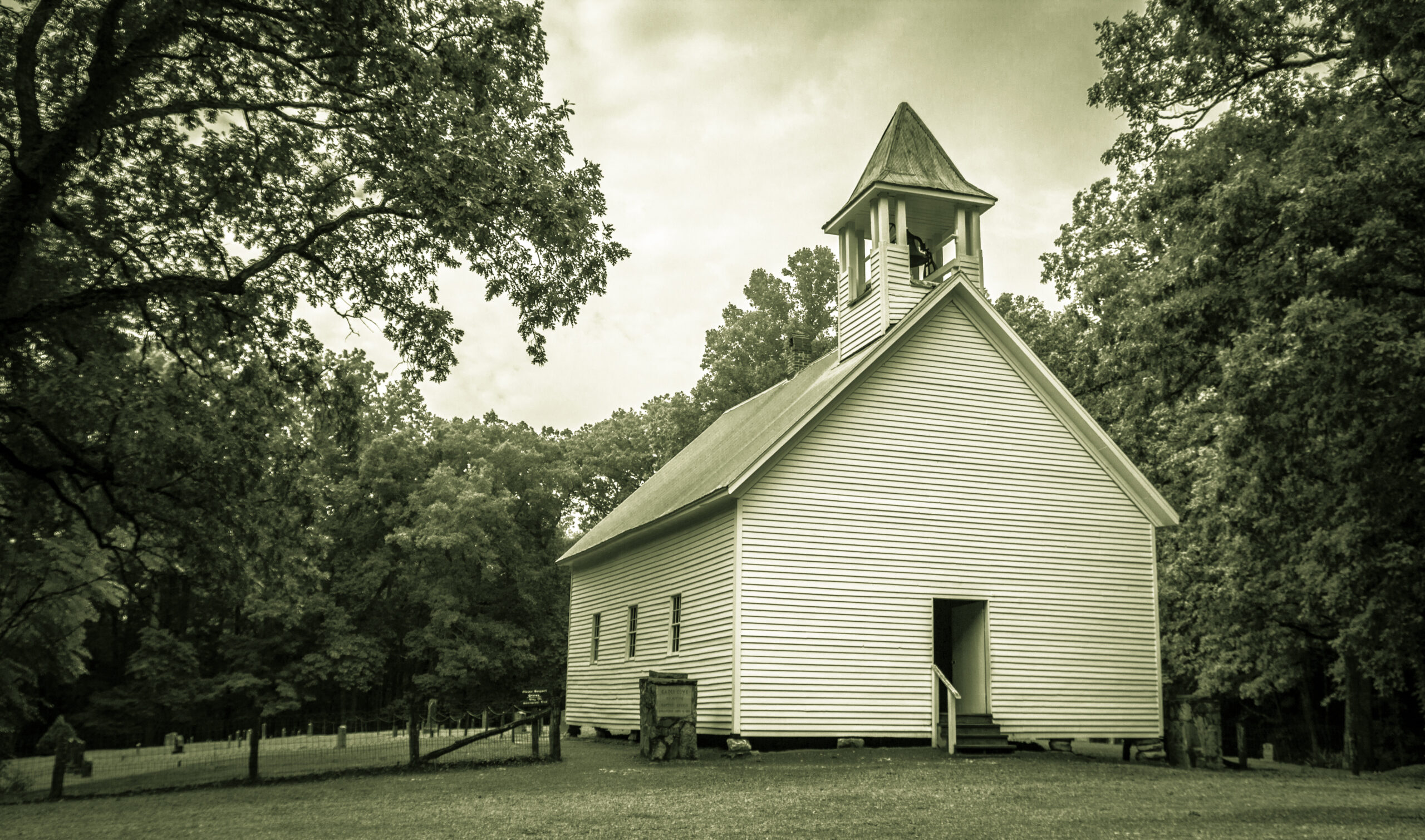 Nehemiah 1 52 Days… #1 When God allows brokenness to prompt Kingdom movement… The Message 1-2 The memoirs of Nehemiah son of Hacaliah. It was the

The official registration and financial information of Westlanco Love INC may be obtained from the Pennsylvania Department of State by calling toll-free, within Pennsylvania, 1-800-732-0999. Registration does not imply endorsement.